Paul had a personal philosophy that began, “Start each day with the positive thought that you are going to do the best that you can do, then live that day to the fullest!”

Born in Escanaba, Michigan, Paul moved to St. Ignace when he was two-years-old and remained there until he left to attend college. His career started as a Psychologist Trainee at Newberry State Hospital where he met Irene Shoemaker. They fell in love, and were married for 65 years until her death in 2020.

Paul believed, “Every child can learn if given the right help and direction.” And brought this to life as a teacher and later as the Director/Supervisor for Special Education in the Sault Public Schools, and as a Special Need’s Consultant for Head Start in Holland.
When he wasn’t working, Paul was actively involved as a life member of the Michigan Education Association, the Rotary, the Masonic Lodge, was a hospice volunteer, a member of the Sault Association for the Handicapped Children, and served in the United Methodist Church in a variety of capacities, including Stephen Ministries.

In lieu of flowers, memorial contributions may be made to the Saugatuck United Methodist Church – Stained Glass Repair Fund. 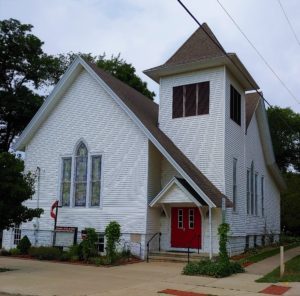